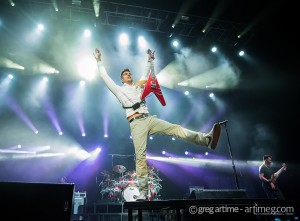 311, The Urge and the Wailers threw a great Fourth of July party/concert, that included fireworks, at Verizon Wireless Amphitheater. 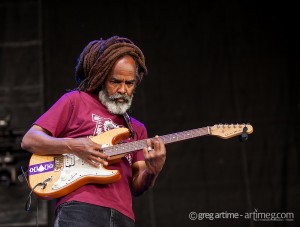 Legendary Jamaican reggae band and regular tour mates with 311, the Wailers, started the night with an hour long set that got the crowd into the mood. You couldn’t help but move with the beat.
View Photos 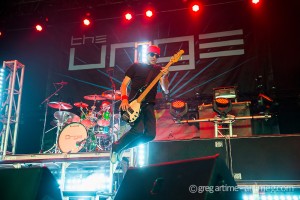 Up next was St. Louis’s own, The Urge, who kicked things up a notch. I grew up listening to The Urge and even after all these years they put on a show that cannot be matched. Lead by front man, Steve Ewing, they put on a non-stop, high-energy show. There was always someone running across the stage and jumping through the air, which is something you usually don’t get to see with a guy carrying a trombone or a saxophone. They played many of their big hits, such as: “Four Letters And Two Words”, “All Washed Up”, “Brainless”, “Too Much Stereo” and “Violent Opposition”.

Another one of their live show staples was played, “Open All Night”, during which the band threw out inflatable pickles. Which is a nod to the lyric, “go inside and get my pickle”, in that song.

For the song “Jump Right In”, Nick Hexum, lead singer for 311, came out and sang with Steve and the crowd went nuts. Everyone in the place was jumping up and down. Nick was featured on the original recording and can be seen in the music video.
The set concluded with another special guest, Tef Poe, who helped sing, “It’s Getting Hectic”, which is exactly what happened.

311 ended the night with a fantastic 23 song set. They kept things simple with a bare bones stage, with Chad Sexton’s beautiful red drum set as the main focal point. It’s a good thing there was plenty of room on stage because it gave Nick Hexum room to run, jump and spin around on stage. SA Martinez also had room to bust out his trademark robot dance moves.

They started the night with “Beautiful Disaster” and then played what Nick referred to as their slam dance song “Do You Right”. Some of the other crowd favorites included were: “All Mixed Up”, “Come Original”, “Don’t Stay Home”, “Who’s Got The Herb?”, “Amber”, “Feels So Good” and “Down”, which Nick said was for the “old school fans”.

After “Don’t Stay Home” the lights went out and everyone left the stage except for bassist, P-NUT. All you could see were the green lights that were in the fret of his bass. P-NUT played three epic bass solos with the crowd chanting “P-NUT!”.
The house lights went out and the crowd began to chant encore and 311, 3, 311. 311 obliged the fans request and came back out to play “Tranquility” and “Creatures (For A While)”.

Nick concluded the night by thanking the fans and heading down to give high fives to the crowd.