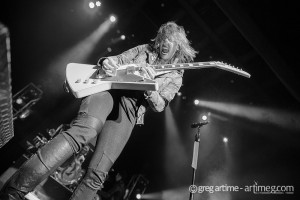 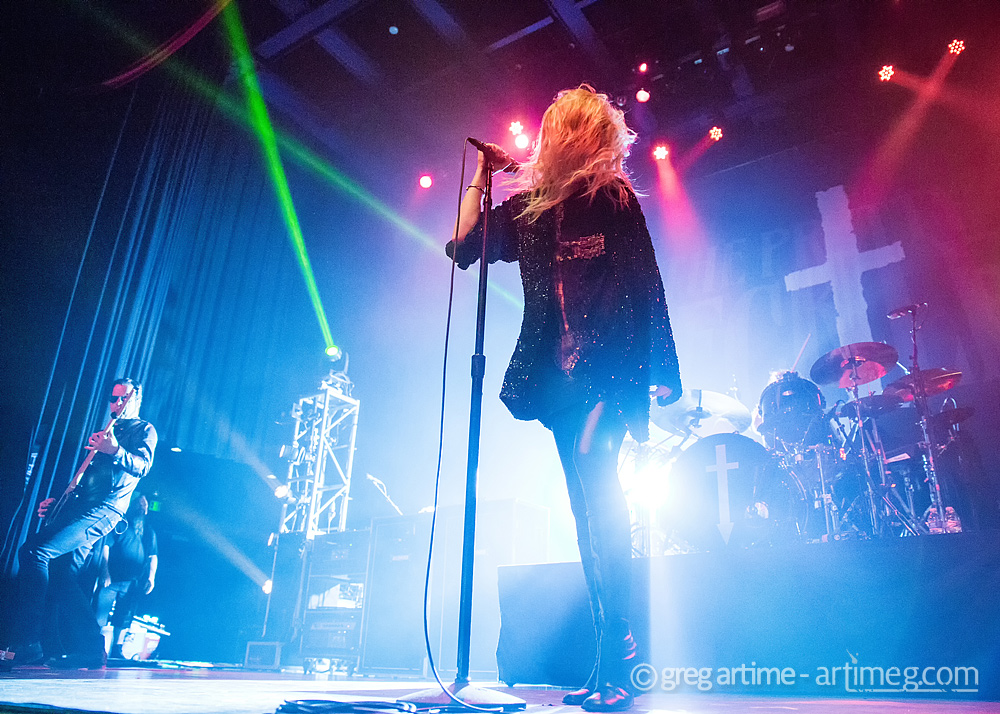 The Pretty Reckless, who are coming off a very successful 2014 year, riding on the success of their second studio album, Going To Hell, brought their gritty hard rock styling to The Pageant featuring a heavy dose of dark red and green lighting. This lighting goes well with the style of music but makes for a very tough concert to shoot.

I was extremely excited to get the chance to photograph one of my favorite bands, Halestorm. I have been a fan for many years and first got a chance to photograph them at Pointfest 2013, which was also the first time I had seem them live and they did not disappoint, so when I heard they were coming back to town, I knew that I had to try and see them again. Their latest album, “Into The Wild Life” is one of my favorite albums to be released in a long time.

They played for a solid 1 and 1/2 hours featuring songs from all 3 of their albums and a drum solo.

Lzzy Hale has one of the best voices in music today and is not afraid to show her vocal range from the gritty “I Like It Heavy” to the more ballad like “Dear Daughter”, which featured Lzzy on keyboard. Lzzy had a great message to her fans about the later song, saying the reason they have been able to do what they have done as a band is because 18 years ago, when she was 13, her parents said yes. In front of me there was a mother and daughter hugging and crying during the entire song, it was very sweet to see.